When I woke up the other morning after Trump’s mic recording got leaked, I scrolled through my social media feed, doing the usual eye-rolling, tongue-tsking thing that we have been doing for over a year now with Trump breaking news.

But interestingly enough, reading about Trump wasn’t what triggered me. What got my blood boiling was a comment by one of his female supporters. (I naively thought after this recording he didn’t have any female supporters.)

Usually, I’m not one to read comments on public posts. The black hole of online haters and trolls is just not really a place I want to spend my free time. But this morning, I found myself glancing underneath a video about Trump’s p**sy-grabbing commentary and found myself reading the comment of a lady who said:

“For any woman spazzing out about Trump’s locker room talk, if you own 50 shades of grey, swooned over a Magic Mike movie or got hot & sweaty over a sparkly vampire, just shhhhhhhhhh.”

It might have been that she just shusshhhhhed me (and everyone woman) out of saying NO to violation,

Or it might have been because I had just finished a 2 day intensive with a brilliant woman working on resolving my trauma from my own p**sy being groped – 20 years ago by some asshole who thought it was his right.

And in that moment, I was reminded. A HUGE part of the problem are the women who are still holding up the principles of the patriarchy…

The mom who is still telling her daughter this is what is ok and isn’t ok by patriarchal standards
The woman who judges her girlfriend for going to kink parties.
The middle school girl who slut-shames her best friend for going to second base.
The professor who teaches that all that matters is your mind.
The cool aunt who says all that matters is your looks.

This lady was saying the same stale thing we’ve heard for years:

“If the skirt was short enough, she deserves it.”

She was equating an interest in sex with a right to get violated.

She was saying “If we live in a world where Magic Mike is mainstream, then its ok for “locker room rape culture banter” to co-exist.

But dear Trumpette – There is a difference!

I have no problem with Trump watching a movie about a stripper, or going to a strip club or even hiring a bunch of strippers for the next debate. (I mean normally I would say let’s keep politics separate from the clubs but at this point, it’s a circus show already.)

I have no problem with my partner reading trashy sex novels – although I doubt that’s his thing.

I have no problem with men fantasizing about steamy scenarios that they may not be getting in real life.

THAT – is the same thing.

I’m ok to live in a world where men are appreciating women’s sensuality  & women enjoy a vampire franchise (I’ve never watched them myself – are they really that spicy? Maybe I need to get on that!)

Dear Trumpette. I know this is not your fault. You were probably raised by a mama who said don’t wear that top, it’s too revealing. Or a father who shut down your own pleasure. I know, I’ve been there. I’ve been told those things too. And my parents, like yours, were just doing their best to protect me. We’re all just scared and trying to protect someone we love – whether that’s our daughters, our partners or ourselves.

But please see that this is NOT the way.

No one is protected by lengthening the skirt, banning 50 Shades of Grey & allowing “men to be men” with their “locker talk”. In fact, in parts of the world where sex is more repressed and women are under burkas, there is equal if not more fear around sexual violation.

Because it is the same system, patriarchy. It’s just packaged differently.

This is not how we will achieve safety.

We will feel protected when we’ve banished a system that is rigged and rewritten the set of rules we live by.

You see here is the bigger problem. EVEN if Clinton wins, the people who stand by these values are still here in the country. And there seems to be A LOT more Trumpettes (and their husbands) than we ever anticipated.

The solution I see for women like Ms. Trumpette is sensuality, sisterhood and safety.

In my opinion, the answer is not to comment back to Trumpette on FB or to write angry ranting posts (neither of which I’m wronging).

What I believe to be the truly effective sustainable shift is to work on OUR OWN selves. To step deeper into our experience and keep spreading the sisterhood branches with open hearts in hopes that a Trumpette grabs on, and in hopes that with enough branches we can uproot an old stale system that no longer serves anyone… not the men, not the women and SURE AS HELL not the planet. 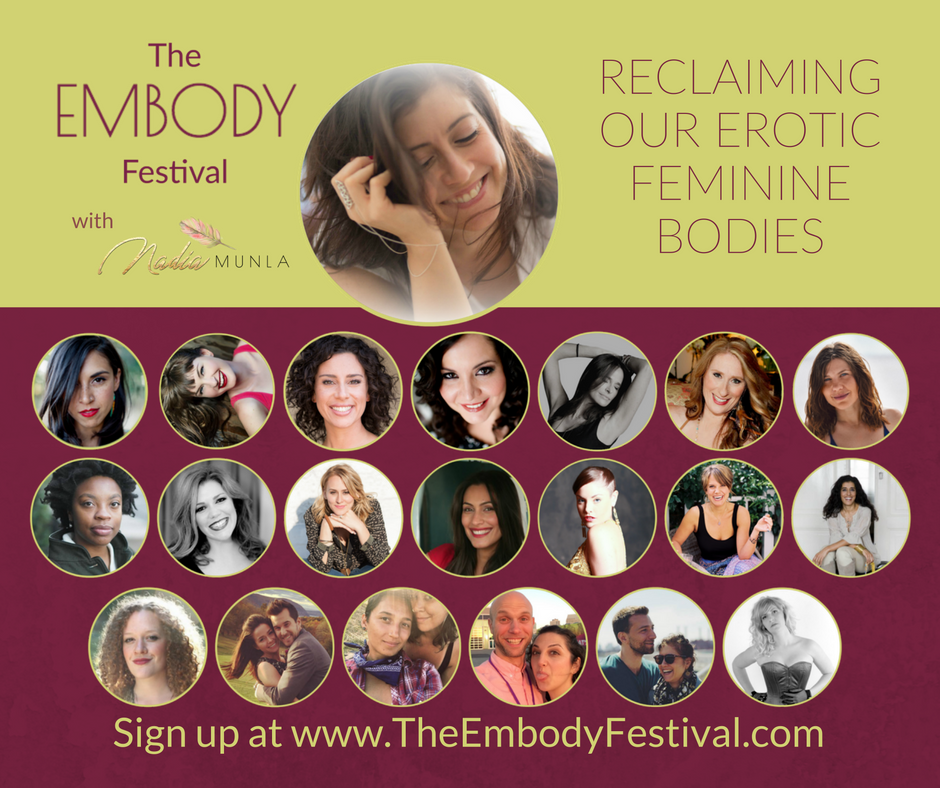 It’s totally free and you can join us in exploring our collective yeses and nos  >> HERE <<.